A contract, whether orally or in writing, obligate the parties to perform according to the terms in the contract. However, sometimes one of the parties acts in breach of the contract. This article will explain what you can do and which rights you have if someone breaches its obligations in a contract you are a party to.

• The contract itself allows termination if a specific breach occurs.
• The other party repudiates the contract, which means that the party declares or demonstrates that it does not have an intent to perform according to the contract.
• The breach is sufficiently serious or a breach of an essential term of the contract. The nature and seriousness of the breach are the key factors to be considered.

Termination of a contract without having the right to do so may in itself be a breach of the contract. Therefore, it is always important for the non-breaching party to make sure that there is, under the specific circumstances, an actual right to terminate the contract.

If a monetary remedy is not appropriate, the non-breaching party has the option to make a claim for equitable remedies for breach of the contract. If damages will not provide adequate compensation and the contract does not include personal service, the court may order the breaching party to perform its obligations under the contract in a specific way. The court also has the possible to order the party to stop acting a certain way, so called injunctions.

Our solicitors have great experience and knowledge in contract law, what actions to take when a party is not performing according to the contract and what remedies to seek when the other party acts in breach of the contract.

NEED LEGAL ADVICE?
For more information and legal advice regarding a breach of a contract, call our experienced solicitors on (02) 9233 7776 or email us at admin@citilawyers.com.au.

Previous PostAUSTRALIAN CONSUMER LAWNext PostBUYING A BUSINESS AND THE LEASE 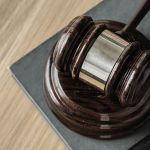